Thanks for following along! This is a tagged release (2022.731.1). For more information check out the osu! changelog page and dev blog.

With the introduction of updating beatmaps in the last release, some users noticed some edge cases where the update process was not working (or working "too well", and showing the button even after an update was applied). This was largely due to the beatmap metadata being too cached locally, and has been resolved by always requesting the most up-to-date metadata in non-batch import scenarios.

This also fixes some beatmap-related attributes not being transferred, like "date added" and any scores that were attached to a beatmap that was part of an updated set, but not modified itself.

This also changes the process to only leave soft-deleted copies of beatmaps which actually had modifications.

This brings collections over to our new client-side database, doing away with the legacy format. Visually this shouldn't be much different, but internally it is a lot more efficient and reliable.

Your existing collections will be automatically migrated on startup from collection.db, but if anything goes wrong that file will remain.

Finally, the "pie" style of progress that many have requested has returned to legacy skins. Note that this is now the default display for legacy skins. If you would like the full display style back, you can add it using the skin layout editor (accessible from settings or via Ctrl+Shift+S).

A long-time request, you can now make the cursor always show, even on touch devices. This can also be used as a workaround for tablets reporting touch inputs, for those that have recently had issues with cursor unexpectedly disappearing on desktop devices.

I completely disagree with this from a UX perspective, but it's come up so often that I figure we should just let users bone themselves.

In the previous release I made a change which on the surface wasn't really looking to do much (making all requests blocking in the spectator client), but for users with very high latency (500ms+) this could result in the client not being able to send data fast enough to the server. This was noticed especially by users using dodgy VPNs.

Refactor FPSCounter to not use scheduled tasks (#19374 by @peppy)

Fixes an edge case where the fps counter would add undue overhead while being displayed for a longer period.

Fix calls to GetWorkingBeatmap invalidating cache too often (#19371 by @peppy)

We found out that song select wasn't caching beatmaps as much as we originaly designed it to due to a recent change. This should grealy improve performance at song select when rapidly changing between beatmaps. 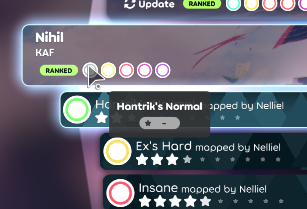 This is the start of a series of pulls whose end goal is to add a mod preset column to the mod select overlay, as foreshadowed by the designs on figma.

Not available in game yet, but a taste of what's coming soon.

Add Toast notification to when copying a URL (#19410 by @novialriptide) 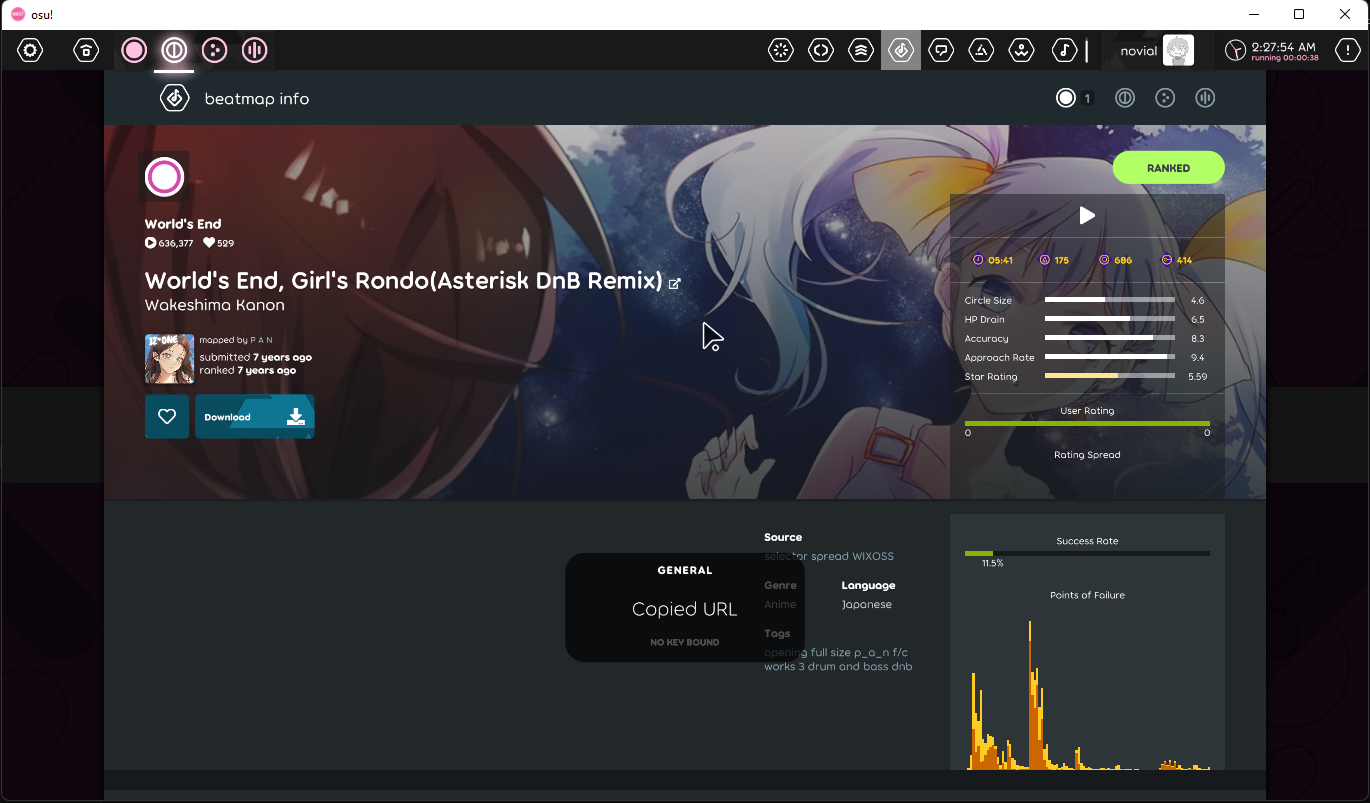 The confirmation will only show if items have been added to the playlist.

Was already present on mobile, but now also shows for desktop users at 25% or lower battery charge.