Thanks for following along! This is a tagged release (2022.628.0). For more information check out the osu! changelog page and dev blog.

Bit of a temporary solution just to make things work.

Put simply, this improves cross-thread frame synchronisation between update and draw threads. Primarily this change was to fix draw fps being lower than expected when running at "Basically Unlimited", but it should improve perceived latency across the board, especially at lower frame rates. Note that per-core CPU will be slightly higher than before (~10-20%) but only if there's enough headroom. In other words, if your CPU was already struggling then it won't be any worse with this change.

It takes a long time to start this up. Now it's done on another thread so the game can continue to get ready.

Sequential - pretty much what was already in place, i.e. the rows of the keyboard correspond to the first three columns, and each key in the row corresponds to each mod in the column. A small change here is that when the set of available mods changes so do the keybinds, and the keys are now fully index-based (relevant issue thread comment).

Classic - mostly matches stable 1:1 (more on this later). Mods use keybinds that are specific to them, i.e. Hard Rock will always be A no matter what. Notably, this also brings back multi mod cycling in a sense. This addresses #18417.

Added subheadings to maintenance section in settings (#18802 by @Supersonicboss1)

Previously, the maintenance section was just one big block of buttons, seemingly ordered in no meaningful way.
This separates each 'category' into its own subheading to improve the general feel of that section, even though it's not generally used. 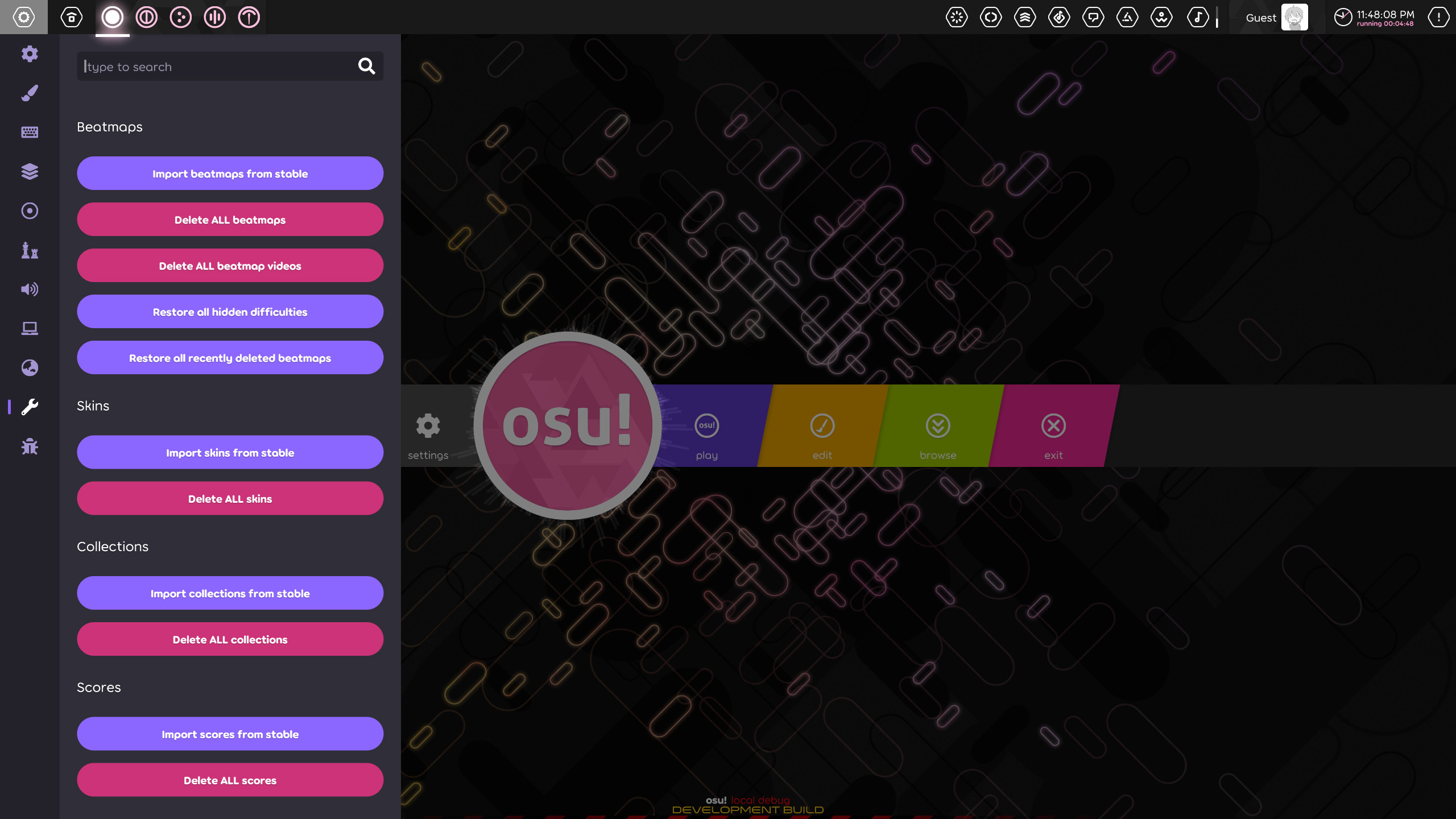 Been bugging me for a while. Adjusted snappiness of animations and fixed centre point being stuck at original mouse down location.