Consistency pass to fix components with missing/incorrect sounds and to use more appropriate sounds in some places.

A couple of changes here:

Add adjustment buttons for BPM and offset (#18508 by @peppy)

Bit of an experimental UX which I'll continue to build on.

Quite often you will want to be timing using a specific section of the waveform you've identified to have a discernible beat. This allows locking the display to that region while you make further adjustments.

The new timing controls are displayed in the right-hand area of the timing screen, which tracks the currently selected control point. To make this make more sense, the selected group should be updated as the song progresses.

The scroll view currently won't track off-screen (ie. it won't scroll control points into view), that will be fixed later.

Initial implementation of a tap button.

The algorithm now rotates sliders according to the flow of the map and how close the slider is to an edge of the playfield. This allows random mod to randomize sliders as well (their rotations are not directly randomized by random mod, but the algorithm rotates sliders according to how previous parts of the map are randomized). This also allows the Spacing Adjust mod (#17590) to generate better maps.

Fixes scores not displaying correctly in some contexts.

You can now search for users that are currrently playing. 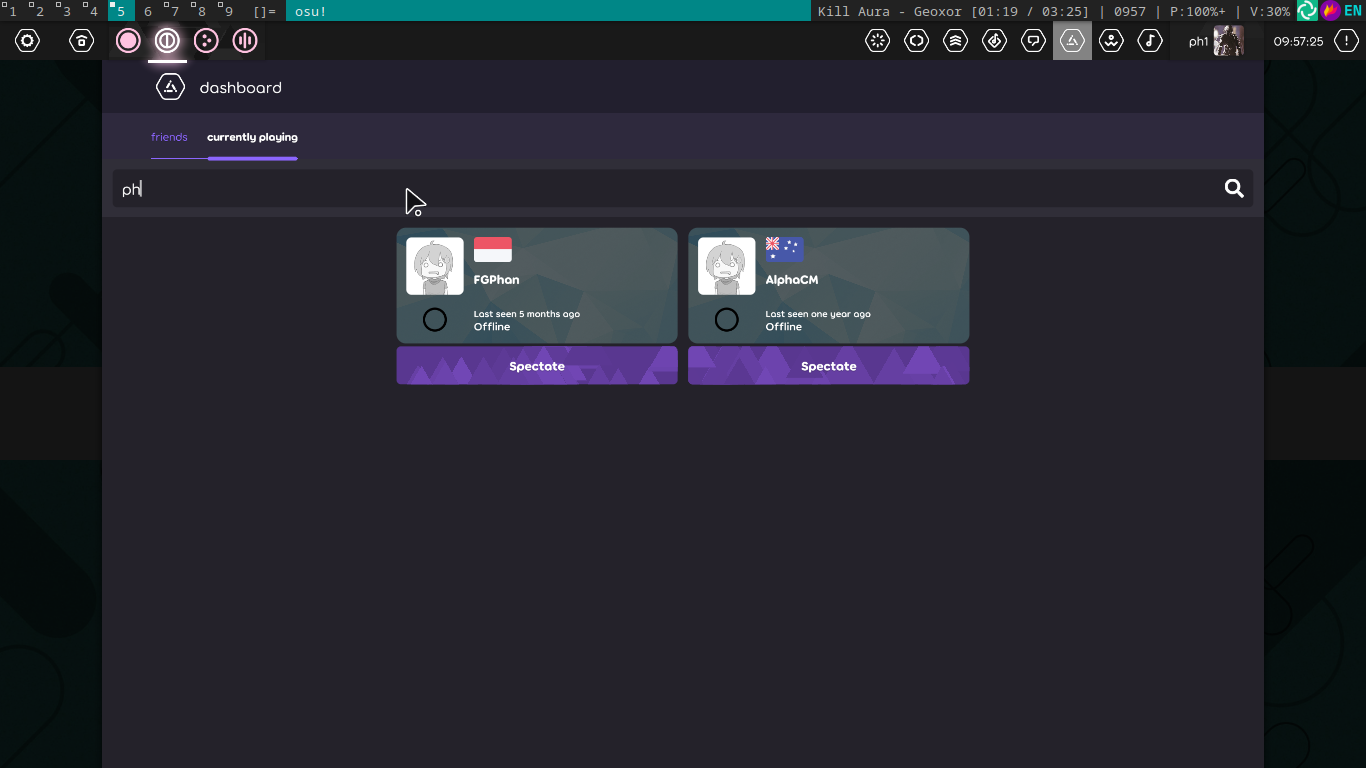 The game will now let you know whether it is running in exclusive fullscreen. This will help users understand why their input latency feels bad in scenarios the game couldn't enter exclusive mode.

Change default window mode to "Borderless" on macOS (#18544 by @frenzibyte)

Using "Fullscreen" takes full control away from the OS, which means that if the game were to deadlock, or if an OS pop-up which freezes the game has opened, or if a breakpoint was hit (happens a lot for me), then the game can't be escaped from and the only option available is to halt the system down using the power button.

This also shows a message when setting fullscreen mode on macOS letting the user know they might encounter issues.

In the last few releases, we made horizontal and vertical drag scrolling work better. Unfortunately, this also meant diagonal drags at places like song select would occasionally not be recognised as scroll operations.

This fixes that issue by allowing diagonal drags to always work when scroll views are not nested.